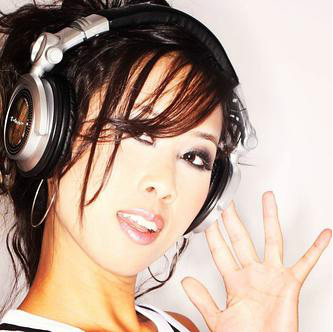 As the headlining DJ for Singapore's famous New Years Eve party at Siloso beach, Shy is used to performing in front of crowds of 20,000 fans at some of the finest clubs in the world, from L.A. to Asia and back.  These clubs include Q Bar in Bangkok and Ministry of Sound.

In addition to spinning in front of large crowds, DJ Shy is certainly not camera shy.  She graces the screen with TV appearances on ABC's "General Hospital," Showtime's "AVN Awards," a guest star role on CBS "The Bold and the Beautiful," MTV's "Daddy's Girls" starring Rev Run's daughters as well as Toyota's billboard, print and webisode series for "Reinvent the Wheel."  She also made cameos in Sundance Film "Sympathy for Delicious" starring Orlando Bloom, an award winning indie film "Go For It", Showtime's "The Underground" starring Damon Wayans, Disney Channel's "Totally Suite New Years Eve."  Lastly, you may find her in music videos such as Cascada's "What Hurts the Most" and Darren Styles "Girls Like You." 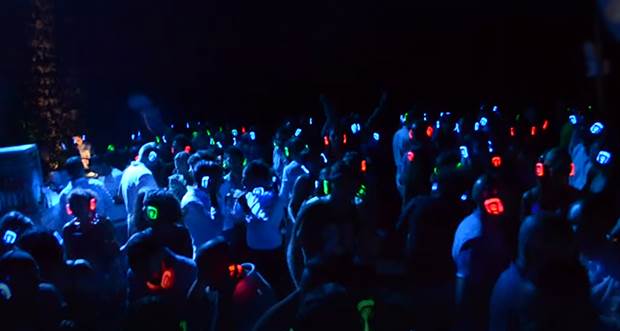 With the house speakers turned off, your dancing guests will still be hearing and dancing to the music from our L.E.D. wireless headphones, thereby omitting the challenge of late-night parties taking place adjacent to hotel rooms, or other private areas. This will allow your party to continue even after any curfew; even if other guests want to have a quiet conversation in the same area.

With our three separate music channels, we can conduct dueling DJs amongst three separate DJs. Each DJ is illuminated with a colored light that identifies the colored music channel your guests select. DJ-a has Red, DJ-b has Blue; DJ-c has Green. The number of each colored light illuminated from headphones from your guests on the dance floor reflect the popularity of that respective colored DJ. Assuming each DJ is playing a completely different music style, you will be amused and entertained by the three different styles of dancing taking place on the dance floor. 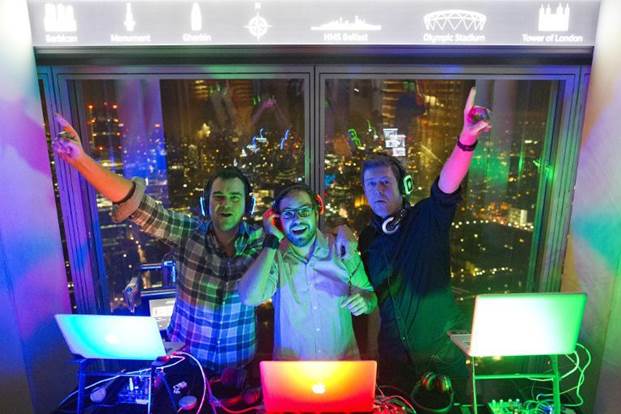 A great value, especially if you already have the large screen and projectors in place for your general session. In addition to standard music videos, we have over 500 titles of rare, live vintage concert footage. This can be used as an ice-break reception, keeping the music volume low to allow for networking, yet having the eye-candy of these vintage large images filmed live, in concert. 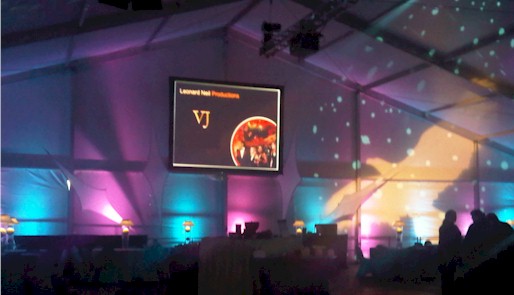 A 10’ x 10’ area for green screen booth. Guests are invited to perform in front of a camera, backed by a green screen. A video and audio monitor will be provided for their performance reference. The volunteer is given a selection of 10 videos from which to choose one for their performance. As they perform, they are super-imposed over our vintage concert footage, projecting them as part of the video performing with a legendary artist.